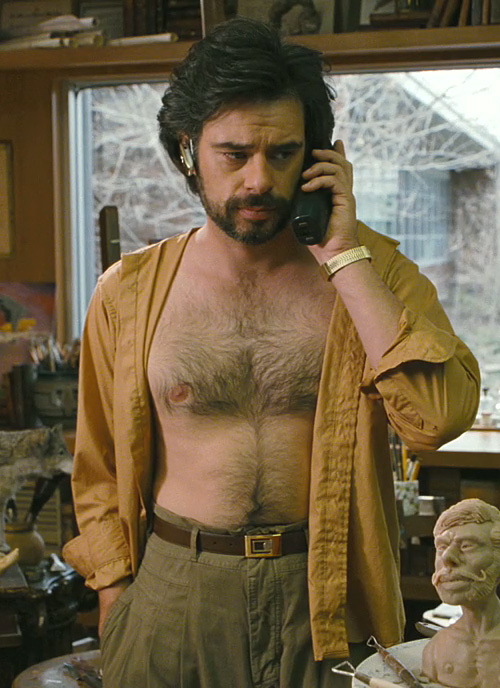 There’s not too many male celebrities out there that have a hairier chest than Jemaine Clement.  You may know Jemaine from “Flight of the Conchords” the musical comedy duo that appeared on all of the late shows and HBO.  This pic is from his upcoming film “Gentlemen Broncos” and has me eagerly waiting the release.